I’m starting a series of short posts about children’s books I recommend. In each post, I will list five aspects of the text that strike me as memorable, magical, or noteworthy. My goal is to showcase great books while highlighting effective writing techniques.

To kick off the series, I present an award-winning, nonfiction picture book by Colleen Paeff. The Great Stink: How Joseph Bazalgette Solved London’s Poop Pollution Problem is illustrated by Nancy Carpenter and published by Margaret K. McElderry Books (2021). This fascinating and fun book won an SCBWI Golden Kite Award and a Sibert Honor, among other accolades. 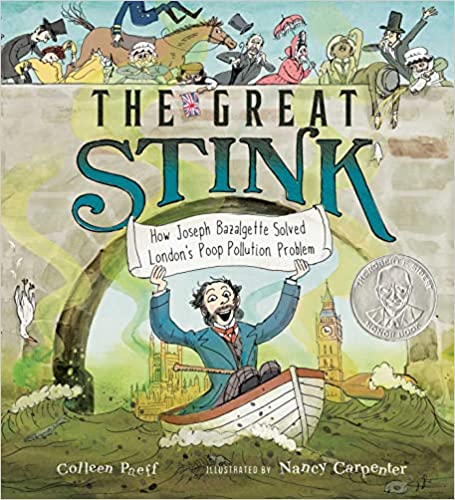 From the front flap:

“Something is in the air. In the summer of 1858, London’s River Thames STINKS. What is creating this revolting smell? The answer is gross: the river is full of poop.

“But the smell isn’t the worst problem. Every few years, cholera breaks out, and thousands of people die. Could there be a connection between the foul water and the deadly disease?”

On a Personal Note…

I met the author, Colleen Paeff, while traveling to the Beachside Nonfiction Retreat three years ago (May 2019). It was a great conference, featuring Candace Fleming and Jennifer Swanson. I remember Colleen telling me she was writing a book on the London sewer system. How exciting to see her idea grow into this fabulous book!

Receive an email when I post to the blog, and/or get my author newsletter!

Tea of the Week 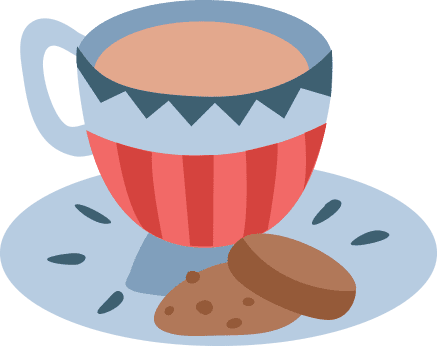 It has turned windy and cold here in the Midwest, and hot tea is a daily afternoon ritual now!